Android is an open source operating system based on Linux with a Java programming interface for mobile devices such as Smartphone (Touch Screen Devices who supports Android OS) as well for Tablets too. Android was developed by the Open Handset Alliance (OHA), which is led by Google. The Open Handset Alliance (OHA) is consortium of multiple companies like Samsung, Sony, Intel and many more to provide a services and deploy handsets using android platform.

Why one should choose & Android App Development as career?

We are living in era of smart phone, to be precise Android phone. If you have decided to pursue Android Application Development Training it will be most smart decision to initiate your IT­ Software career. Android is open source OS and Android Development Tool is also open source (it is free of cost). To build an App using these tools is easy and cost effective. Now a days Android Development is in demand and widely used in world. Scope wise it is best choice because in India it is started just few years ago and there is way more to go. 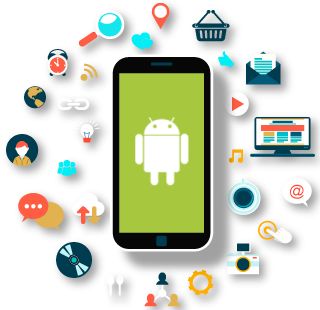